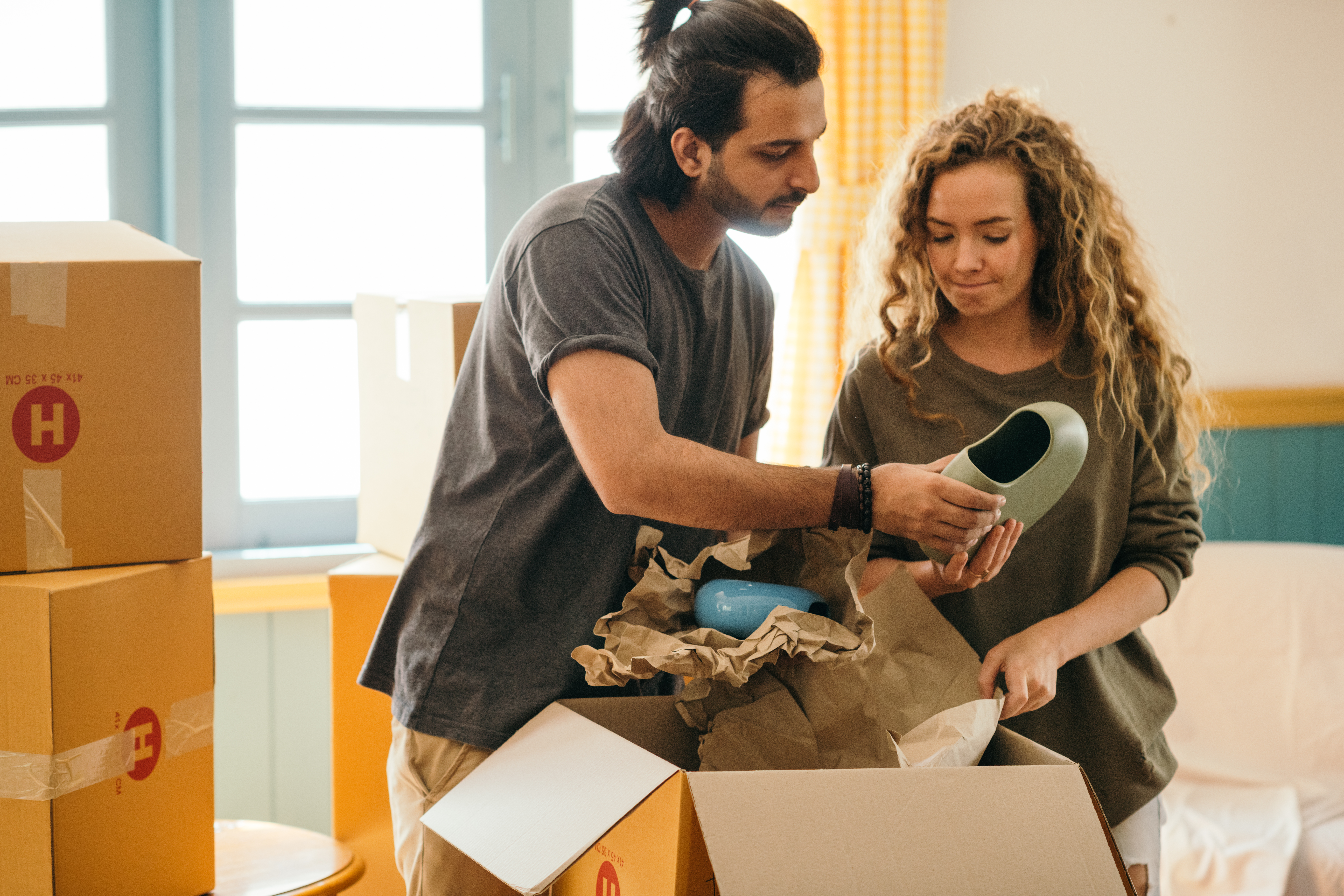 Did you know – American Christie Brinkley, an admirer of former French leader Charles de Gaulle, was one of the best-known supermodels of the 20th century. According to manager John Casablancas, she “was a flower girl type. A cute doll of a girl, too fragile to be sexy.” Born in Los Angeles, Brinkley had worked with some of the most renowned modeling agencies, including Eileen Ford and Elite Model Management. She also appeared in the video for Billy Joel’s 1983 single “Uptown Girl.”

Did you know – Bibi Russell put Bangladesh, an obscure English-speaking country in Asia, on the map when she became one of the world’s elite supermodels in the 1970s. Like Irene Khan, Sheik Hassina Wajed and Muhammad Yunus, Russell is a national symbol of Bangladesh, one of the poorest nations on Earth.

Did you know- Mexican Elsa Benítez, 26, the most beautiful girl in the country since María “La Doña” Félix, was one of the 12 celebrities selected to judge Miss Universe 2004 in Quito, Ecuador, along with the Olympic Games-winning athlete , Jefferson Perez. and Cuban-American producer Emilio Estefan. Miss Benítez, is 1.80 tall, is from Hermosillo, Sonora.

Did you know – You asked people today to name a beautiful woman, most would name someone like Tyra Banks. Hugely popular in America, Europe, Japan and China, Banks, at 1.78m, is considered one of the greatest supermodels of all time. Without a doubt, she is famous for the elegance and unique personality of hers. Banks has modeled for top fashion designers including Donna Karan, Isaac Mizrahi, Rifat Ozbek, Oscar de la Renta, Tommy Hilfiger and many others. Additionally, she has appeared in major movies such as “Higher Learning” (1995), “Coyote Ugly” (2000), “Halloween Resurrection” (2003), and “Hannah Montana: The Movie” (2009). Like Flo Hyman, Tyra Banks, one of the best volleyball players in the world in the 20th century, was born in Inglewood, CA.

Did you know- Valeria Mazza, a tall, blonde, blue-eyed model, was born in Argentina, a nation of the Americas obsessed with beauty. Since then, she is one of the most famous women in Argentina, along with Eva Duarte de Perón (former First Lady), Paloma Herrera (dancer), Norma Leandro (actress) and Jeanette Campbell (silver winner at the Berlin Olympics). 1936). Since 2000, Mazza has occasionally appeared in commercials in her native country and other Latin American nations.

Did you know- In July 1986, Helena Christensen, at the time Miss Denmark, wore a traditional peasant outfit during the opening ceremony of the 1986 Miss Universe pageant in the Central American nation of Panama. However, she, from Copenhagen, did not impress the distinguished panel of judges that included Don Correia (Broadway actor) and José Quintero (Panamanian theater director), as well as Paloma San Basilio (singer from Spain) and Shawn Weatherly ( Miss South Carolina, Miss USA and Miss Universe 1980). Unlike Mónica Urbina (delegate from Colombia), Christy Fichtner (contestant from the United States), Susanna Huckstep (Miss Italy and Miss Photogenic Universe) and Bárbara Palacios (Miss South America and Miss Venezuela), Christensen was not one of the favorites before the Miss Universe pageant. . In the Swimsuit Competition, she scored 7,420 points, behind Zaire/DR Congo (8,210), Réunion (8,110), Paraguay (7,780), and Miss Guatemala (7,560).

Did you know – In the early 1990s, German Claudia Schiffer, from Rheinbach, arrived in Lima, Peru for an official visit. She was one of the most famous European models of the 20th century.

Did you know- In the late 1990s, Sudanese refugee Alek Wek, a statuesque black woman, shocked the world when she became a professional model in the UK and the US. She was one of the 420,000 refugees who fled Sudan in the last century. Like many Sudanese, including López Lamong (now an American athlete) and Macharia Yuot (a sportswoman), Ms. Wek escaped from her country, a sub-Saharan African nation devastated by civil wars, AIDS, poverty, genocide, famine and pro-terrorist acts. . warlords (in fact, no other African state has suffered so many tragedies). Without a doubt, she is currently an inspiration to women/refugees in the Third World, including her homeland where there are large numbers of women/children living in slavery. Moreover, this girl is not only one of the most successful fashion models in Africa, but also an African symbol. In recent years, Sudan’s spectacular Wek model has supported a host of non-profit organizations, including Amnesty International and the United Nations High Commissioner for Refugees (UNHCR). On the other hand, unfortunately, she is a persona non grata by the Sudanese government, one of the most brutal regimes in the world, along with other tyrannies like Cuba, Burma, and the Democratic People’s Republic of Korea.

Did you know- London is the birthplace of Naomi Campbell, the top British supermodel. Miss Campbell is also one of the most beautiful black women in the world. Apart from that, she has a career as a TV presenter and actress.

Did you know- During her brief but meteoric career as a professional model, India’s Aishwarya Rai, now a successful Bollywood actress, captured the hearts of critics and audiences alike. She was one of the top supermodels in the world in the late 1990s.

Did you know- It is practically impossible to talk about supermodels without mentioning Gisele Bundchen. Brazilian Bundchen, a blue-eyed blonde, is one of the highest-paid supermodels in the world. Since then, she is the new idol of the Brazilian people.

Did you know- Iman was one of the most successful black models in the world. She, who speaks fluent English, was flown out of Africa to work as a model in New York City in the late 1970s. The five-foot-five Somali beauty is married to David Bowie, the rock star and actor since 1992. In that year, she returned to Somalia, a war-torn country on the African continent, as a hero of the people. Iman once said of her nation: “My whole nation is elegant. No one has to tell us how to walk or how to stand. We have an air, a dignity: whatever happens, keep your head up. It looks safe, but it’s not.” . It’s like a duck gliding on water. Beneath the surface, where no one can see, its legs flap.” She has appeared in numerous movies and music videos.

Did you know – Few stars have had careers as varied as Margaux Hemingway. In addition to being considered one of the highest-paid supermodels in the world (she was known for her $1 million contract with Fabergé in 1975), Miss Hemingway was an actress. In the 1970s, she was a prominent high-society celebrity.

Did you know – Venezuela has produced a number of beauties, from Albany Josefina Lozada and Martina Thorogood Heemsen to María Milagros Veliz, but Patricia Velásquez, who is half indigenous, is a special case. Before being selected as a model, she, backed by fashion designer Mayela Camacho, participated in Miss Venezuela 1989, where she was one of the finalists. In the early 1990s, she left Caracas for Europe, where she impressed her managers with her indigenous beauty and soon after she became one of the most popular international models. Like Cathy Freeman, Evonne Goolagong, Jim Thorpe and Rigoberta Menchu, she is a symbol of indigenous pride. In recent years, Velásquez has been involved in efforts to save the indigenous population in Latin America. She comes from Maracaibo, in the north of Venezuela.

Did you know- Elle MacPherson has been the best Australian model of all time.